The multimedia project, coordinated by the researchers of CNR-ISMAR in Naples, Francesco Paolo Buonocunto, Luciana Ferraro and Laura Giordano, is part of PCTO Project with G. Galilei School of Naples.

On the occasion of the World Ocean Day 2021, researchers of the Institute of Marine Sciences (Ismar) of the National Research Council of Italy released the mini-videoclip realised by the students of the Galileo Galilei School of Naples as a part of a PCTO path (Paths for Transversal Skills and Orientation) focused on the need of safeguarding and protecting the sea through a critical analysis of the coastal marine landscape.

The multimedia project was coordinated by the researchers Francesco Paolo Buonocunto, Luciana Ferraro and Laura Giordano. In recent years, special attention has been dedicated to the safeguarding and protection of sea through a critical analysis of the coastal marine landscape. The European Convention defines “Landscape” as a designated a part of the territory, as perceived by the populations, the character of which is a result of natural and / or human factors and their interrelations.

During the lockdown, and in view of the notions acquired in the subjects of geology and geomorphology, the students of class 3C of the Liceo Scientifico Galileo Galilei School of Naples, were invited to portray the coasts of the Campania region, and in particular of the city of Naples, which inspired the creation of a mini-clip  for World Ocean Day 2021, in order to launch a choral appeal to protect coastal landscape heritage.

The images portrayed show almost no human presence enhancing the beauty of the natural component compared to the anthropic one, and seem to reinforce the main protagonist which is the sea within a coastal landscape that embodies an environmental heritage that should therefore be preserved and conserved at all costs. 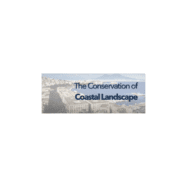