The City of Richmond is recognizing World Ocean Day by becoming one of the first cities in North America to tackle the emerging issue of ghost gear.

The City of Richmond, in partnership with Scott Construction and the Emerald Sea Protection Society, have set this week to remove decades of deposited fishing nets and other gear from beneath the Phoenix Net Loft building on the Steveston waterfront.

“Ghost gear is lost or abandoned fishing gear that has found its way into our rivers and oceans, and continues to fish and to disrupt ecosystems for hundreds of years,” explains Bourton Scott, co-founder of the Emerald Sea Protection Society. “Our organization is working with the City to clean up this debris, which will help restore the ecosystem to its natural state.”

The Phoenix Net Loft is a heritage structure, which was built in the early 1950s as a facility to store, clean and repair fishing nets. Decades of activity has resulted in considerable deposits of fishing nets underneath the structure, some partially buried in the silty bottom of the Fraser River. The City of Richmond’s Project Development Department and Scott Construction identified considerable ghost gear underneath the structure during the reconstruction project of the Phoenix Net Loft building, which is currently underway, and approached the Emerald Sea Protection Society to help remove as much gear as possible.

“World Oceans Day kicks off Rivers to Oceans week, June 8-14, a time to be reminded of the strong interconnection between these waterways, and that taking care of our water is imperative,” said Mayor Malcolm Brodie. “We pride ourselves on our innovation and environmental values here in Richmond, so we are excited to be one of the first cities to undertake a clean up of ghost gear. It is another step towards sustainable management of our shared waterways.”

A team of commercial divers trained in ghost gear removal will be carefully extracting the nets by hand from underneath the structure in order to ensure protection of the sensitive ecosystem. Once the nets are within reach of the shoreline, a crane will lift them out of the intertidal zone. The removal project is also a rare opportunity to gather important scientific data about gear types found, the volume of recovered material and the effect on the ecosystem. It will help inform future clean up projects under similar structures that were once integral to historic fishing operations on the waterfront. 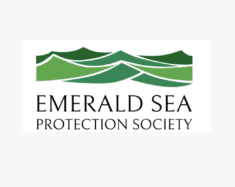