The new memorandum of cooperation between Mundus maris asbl and Belgrano University in Buenos Aires, Argentina, was put into practice again in the occasion of World Ocean Day. Thanks to the tireless efforts of Dr Marcelo Lino Morales Yokobori, a webinar was organised in two sections, one focussing on the thorny issue of illegal, unrecorded and unregulated (IUU) fishing, the other on biodiversity and marine conservation.

More than one hundred participants followed the interesting presentations and interacted with the presenters and organisers.

Cornelia E Nauen of Mundus maris opened the round of IUU panel by defining the terms and illustrating the seriousness of the issue. This has kept FAO and its member states on the alert since the beginning of the new millennium. Fighting the scourge requires new levels of cooperation between national and international authorities and agencies at several levels. Phasing out harmful subsidies to long-distance fleets, long overdue after 20 years of negotiations in the World Trade Organization (WTO) is among the necessary measures. The resulting overfishing is one of the greatest threats to the ocean and jeopardizes the health, food security, and livelihoods of millions of people in coastal communities who depend on healthy, sustainable fisheries. Other crucial measures are to prohibit transshipment at sea and raise awareness among citizens that IUU fishing is a criminal offence often associated with other crimes, such as human rights abuses, arms and drug running and thus bringing much harm to people and planet. The slides (in Spanish) are here.

Eduardo Pucci of the Argentinean shipowner association for sustainable fishing in the South Atlantic (OPRAS) placed the operation of massive fleets of several hundred vessels appearing since a few years along Latin American Exclusive Economic Zones (EEZ) during the fishing seasons for squid and other resources. Nominally operating on the high seas and not in formal infraction of international rules, the sheet catching power of these fleets, not bound by any rules and suspected to often trespas into EEZs after turning of the VHS signals pulled the rug under any attempts of national and regional fisheries management authorities to maintain resources in a healthy state. 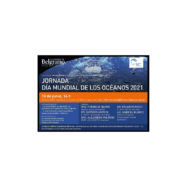