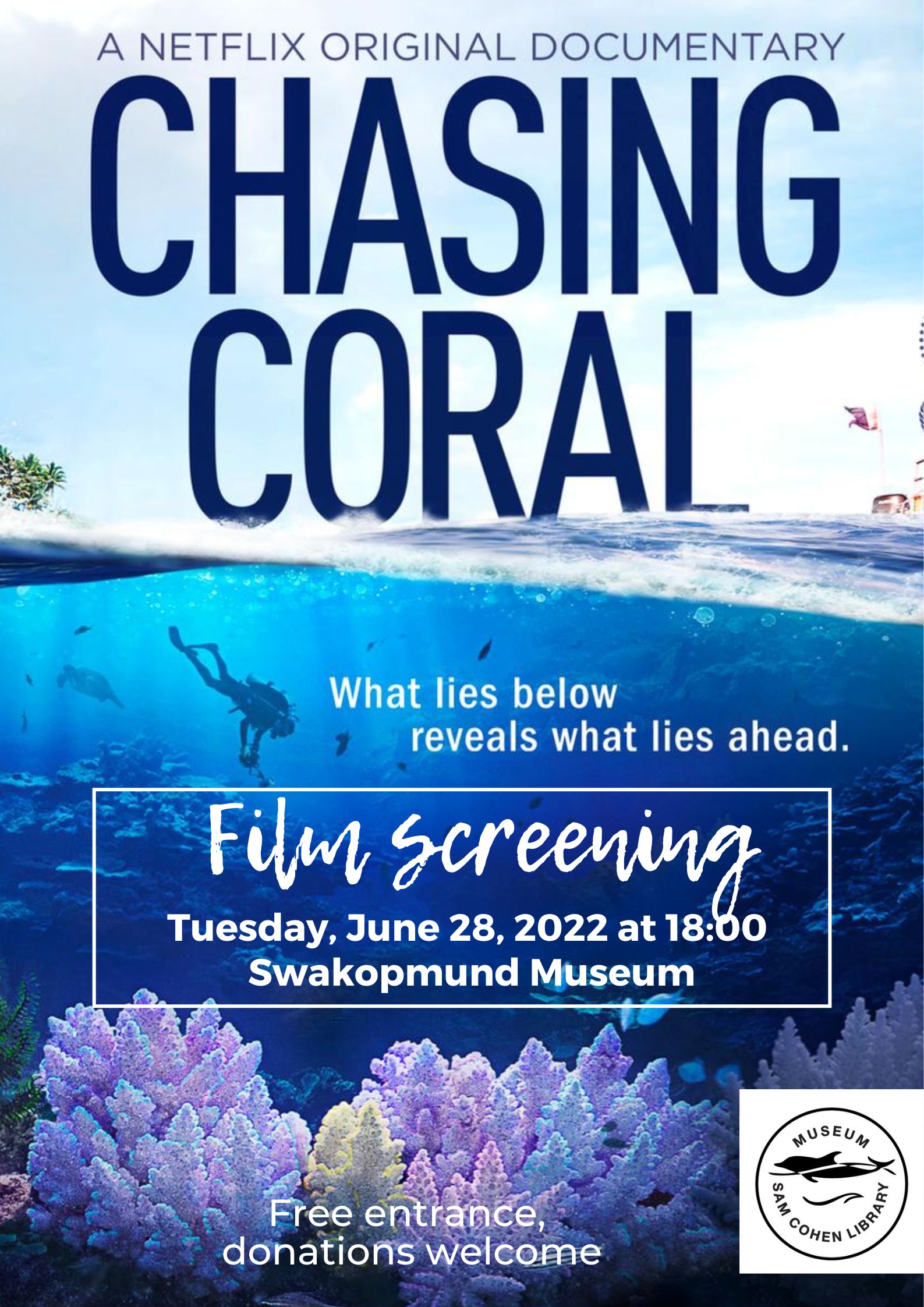 The Scientific Society Swakopmund invites you to a public screening of the film “Chasing Coral”. The event will take place on 28 June at 18:00 in the Swakopmund Museum.

The entrance is free, donations welcome.

A team of divers, photographers and scientists set out on a thrilling ocean adventure to discover why corals are vanishing at an unprecedented rate. Between 2014 – 2017, Chasing Coral captured the most severe bleaching event in recorded history. During these years, 75% of corals suffered or died from heat stress brought on by climate change.

It is predicted that if nothing changes, by 2034 there will be severe bleaching events every year and by 2050, 90% of reefs could be lost. This film is the product of 500+ hours of underwater footage, coral bleaching submissions from volunteers in 30 countries, and support from more than 500 people in various locations around the world.

Learn more about the event here

Contact Name
Irina Kashekele
Contact Email Address
irina.i@sciswk.com
Affiliation: Name of the organization, school, or business associated with the event
Scientific Society Swakopmund
Country
Namibia
Is your event or activity (check of all that apply)
Taking place in person, Open to the public
Full address (used to place your event on the map. For virtual events, write "virtual")
Strand Street, Swakopmund
Name of venue (if applicable)
Swakopmund Museum
Image source (provide a name or source to be credited when photo is used)
Chasing coral film