On June 8 from 10:00 a.m. to 4:00 p.m., Nashville Zoo will open the HCA Healthcare Veterinary Center lobby so guests can see and learn about the Zoo’s newest conservation program to save coral reefs. The one-day event celebrates World Oceans Day and will include a view of the Zoo’s coral ark, a pledge wall for guests, and experts on hand to answer questions.

“Living so far away from the coast, many people are not aware that Florida’s coral reef tract is in real trouble,” said David Oehler, Nashville Zoo Vice President. “Our Zoo, along with other zoos and aquariums across the country are working collectively as a protective ark for thousands of reef-building corals in hopes that one day, they can be placed back into Florida’s reef tract.”

Nearly 25 species of corals along Florida’s reef have experienced stony-coral tissue loss disease leading to 100% mortality in some coral species. Since first spotted in 2014, the disease has continued to spread throughout the reef creating what has been described as looking like a barren surface of the moon.

Three years ago, multiple agencies joined together to control and eliminate this disease. Part of the plan involved collecting and caring for 20 species of corals which ensures that these species do not have the disease, prevents them from getting the disease, preserves genetic diversity, and allows for propagation in the future. Nearly 1500 corals have been placed in Association of Zoos and Aquariums (AZA) institutions like Nashville Zoo. 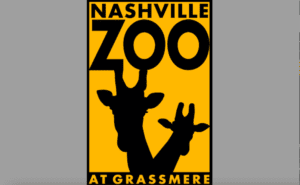