Now that December is here, we are faced with a busy month, from the important meetings at COP15 to the lively holiday season and end of a year. Despite the busy times ahead, we are taking a moment to look back on some of the climate headline highlights from November!

Lula Victory Spurs Hope for Amazon, Fight Against Climate Crisis
Brazil’s president-elect has promised to boost protection of Amazon rainforest after surge in deforestation under Bolsonaro, creating new hope for the future of the largest rainforest on the planet. Read more here.

Rights of Nature Movement Celebrates Victories and Plots Strategy in a Time of ‘Crises’
The movement seeks to advance that ecosystems and animals in the wild should have rights similar to humans. Despite its unorthodox nature, these ideas have now become “legitimate subjects of debate.” Learn more here. 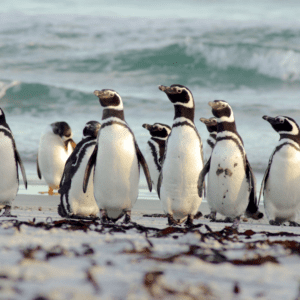 How Australia is Seeing a ‘Big Shift’ on Plastic Waste
In an effort to reduce waste, several types of single-use plastic will soon be banned in New South Wales, Australia’s most populous state. The ban includes straws, cutlery, and micro beads in shampoo. Find out more here.

Vast Marine Protected Area ‘Boosts Tuna Stocks’
Evidence shows positive effects of marine protected areas for both fish and fishermen, as a large Pacific marine reserve is helping recover tuna and other fish in the area outside its borders. Learn more here.

France’s Macron Joins Growing Chorus Calling for Deep-Sea Mining Ban
Emmanuel Macron called for a total ban on deep-sea mining at the COP27 climate conference, becoming the first head of state to do so. Several other countries have called for a “precautionary pause” on the mining. Find out more here.

Pyramid Made of Plastic From Nile River Sparks Plan to Fund Massive Clean-ups
In Egypt, activists built a 20-ton pyramid of plastic in an attempt to bring attention the problem of plastic pollution and fund clean ups through the 100YR CLEANUP initiative. Read more here. 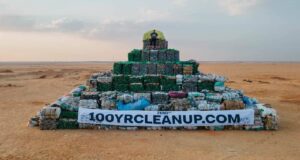 Living Near Water as a Child is Linked to Better Mental Health and Well-being
A recent study concluded that adults with better mental health were more likely to report spending time near water as children, based on research collected from 18 countries. Learn more here.

54 species of shark awarded increased protections by the 19th Conference of the Parties (CoP19)
This news places nearly all shark species traded internationally for their fins under CITES oversight and controls, up from only 25% prior to CoP19. Read more here. 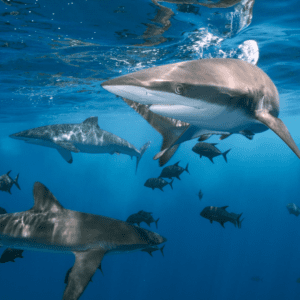 Biggest Rainforest Nations Form Triple Alliance to Save Jungle
Brazil, Democratic Republic of Congo, and Indonesia have announced a partnership for forest preservation after a decade of alliance discussions. The countries are the world’s three largest rainforest nations. Find out more here.

A Better U.S.–China Relationship Is Good for the Planet
The United States and China have resumed climate talks this week after tension following Nancy Pelosi’s previous visit to Taiwan. The resumed talks are a positive sign for preventing climate disasters. Read more here.

This Plastic Packaging Alternative Can Compost in a Year
Shellworks, a British startup, is working to create a plastic alternative that can be turned into fertilizer. The vegan material, called Vivomer, is made from microbes found in the soil. Discover more here.

COP27 delivers €15 million to protect Egypt’s coral reefs
Egypt announced new protections for the Great Fringing Reef after new funding agreements at COP27. The reefs are home to thousands of species of fish and 350 types of coral, which the fund will now help protect. Learn more here.

COP27: New UN early warning system could save billions and many lives
The UN announced plans for a system of early warnings for climate disasters. This could be instrumental for the developing world, as the plan would deliver warning systems to the entire planet within 5 years. Read more here.

Breeding success raises hopes for future of endangered African penguin
In South Africa, two African penguin chicks hatched in a colony that has been abandoned for more than 10 years. The hatching brings hope to the survival of a species threatened due to declining food access. Learn more here. 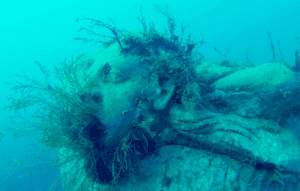 Hopefully these exciting headlines leave you feeling inspired in the month to come and ready to carry this climate momentum into the new year!

Want to help create even more climate good news?  Subscribe to our monthly newsletter and stay informed about ways to get involved in 2023!