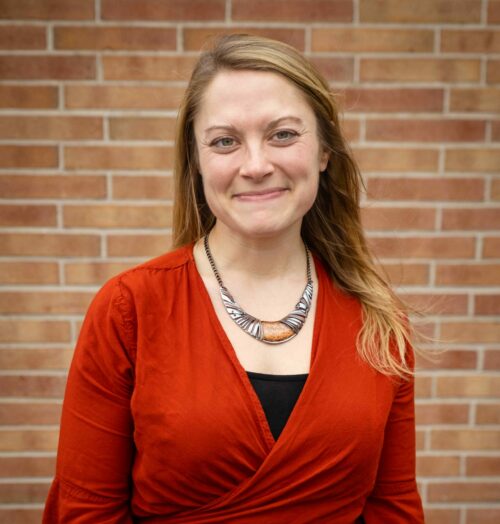 We’re excited to announce that after a search over several months, Samantha Gibb was hired last week as the new World Ocean Day Manager. She joins the ‘small but mighty’ team that has been working super collaboratively behind the scenes to help coordinate and grow World Ocean Day since 2002.

Samantha comes into this role after 15 years of community organizing experience working to protect the environment, alleviate poverty, and increase new voter participation during elections. Based in the United States, in Philadelphia, the “City of Brotherly Love”, she has worked with student organizations in California, to eliminate single-use plastic bags in the city of Los Angeles, effectively removing 3 billion bags from our ocean, streets, and landfills. She has also managed fundraising and political campaigns to pass single-use plastic bans in the states of Maine, Connecticut, and Massachusetts. During her 13-year tenure with the Student PIRGs (Public Interest Interest Groups) Samantha trained and developed hundreds of college students and professional organizing staff to run strategic campaigns.

Samantha has a degree from Lawrence University where she focused on Psychology and International Relations and spent five months studying abroad in Pune, India conducting an Independent Study on urban poverty. Although she grew up in the Midwest of the U.S., far from the ocean, she spent the last 10 years living in Boston and frequented the shorelines of New England. In 2019, feeling a pull to do more direct work to protect the ocean and its species, she spent time volunteering with a sea turtle conservation program in Indonesia. Currently, Samantha is working with Planned Parenthood Pennsylvania Advocates as their Organizing Coach and Campaigns Consultant.

While not training and mobilizing people to build a healthier world, Samantha loves hiking in beautiful places, traveling to visit her family and friends who live all around the world (when it’s safe!), watching medical dramas, and spending time not far from her home in Philadelphia, at the Jersey Shore.

Start your planning now for World Ocean Day 2022 — the day, the week, the month, and the movement — and working together for our one ocean, one climate, and one future — together!