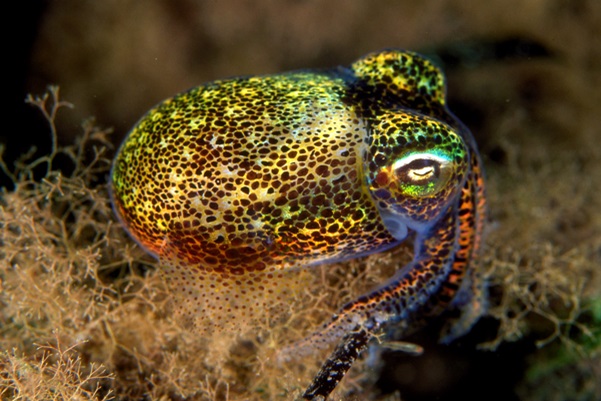 To celebrate the 20th anniversary of marine national parks and sanctuaries in Victoria, Australia Dr. Mark Norman and some special guests are dedicating this hour to sharing stories about weird and wonderful creatures and places most of us will never see. From the cute and cuddly to the creepy and ugly, Victoria’s marine national parks have it all – tucked away in our own wet backyard.

No need to pack your SCUBA gear, this is a virtual visit. Starting in the wild waters of Discovery Bay on the South Australian border, Dr Norman and marine rangers will take us down to Wilsons Prom Marine National Park at the tip of the Australian mainland, and over across to the remote wilderness of Cape Howe Marine National Park near Mallacoota.

Dr. Mark Norman is an internationally-renowned marine expert and a natural historian with an encyclopaedic knowledge of quirky critters. His research background has been in marine biology but he has also worked extensively in the establishment of marine protected areas, fisheries research, bird and seal ecology, conservation programs, running terrestrial, freshwater and marine wildlife surveys, science communication, media and ecotourism.

Contact Name
Mark Rodrigue
Contact Email Address
mark.rodrigue@parks.vic.gov.au
Affiliation: Name of the organization, school, or business associated with the event
Parks Victoria
Country
Australia
Is your event or activity (check of all that apply)
An announcement or resource, Taking place virtually, Open to the public
Full address (used to place your event on the map. For virtual events, write "virtual")
Virtual
Name of venue (if applicable)
NA
Image source (provide a name or source to be credited when photo is used)
Parks Victoria