Every year, YOUNGO, the official children and youth constituency of the UNFCCC, runs the global Conference of Youth (COY) right before the main Conference of Parties (COP) to provide young people with opportunities for capacity building, policy training, and cultural exchange. The opportunity to attend the conference as both a delegate and youth speaker was a beautiful reminder of the passion and drive that youth have to critically engage with the most pressing issues facing our planet today and work together to create a better future. My biggest takeaway from the conference is the power of interconnection, between us as global citizens, and within the natural systems that are being threatened by human activities. 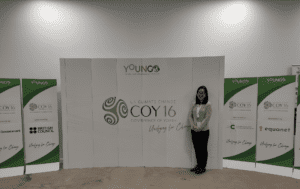 As a delegate, I attended a workshop led by Indigenous activists from five different tribes in the Brazilian Amazon. Whilst deforestation and fires in the Amazon have been widely covered in the media in past years, the speakers also spoke about the way various issues have been compounded to threaten their Indigenous livelihoods. One speaker shared how Marajó Island, the largest fluvial island in the world and located in the Amazon River delta, is increasingly threatened by sea level rise, whilst the same region is also being affected by climate-change induced drought. 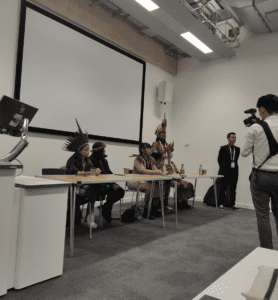 Despite the grim depiction of threats in the area, the Indigenous activists are a beacon of hope as protectors of nature on the frontlines of environmental degradation. They shared their view of humans and nature as intertwined and harmonious breathing and living entities. An ancient saying in their culture is that “We won’t bring precious stones to our grave”, powerfully re-articulating the notion that everything ultimately returns to nature in a regenerative way. The strong recognition of the way environmental threats are interwoven with human health and well-being is a striking reminder that climate action is not just for the planet, but for the sake of all the communities who depend on nature to survive. 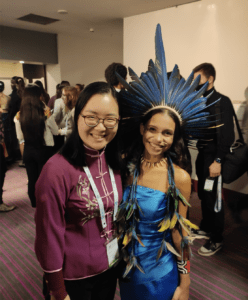 The workshop ultimately delivered a desperate call for action and an important message of hope. One youth-led Indigenous organization has deployed the power of storytelling through audiovisual material in order to spread the message about environmental degradation in the Amazon across the world. There’s a lot to learn from these approaches. Just like the Amazon, the world’s ocean can come across as being far-removed from one’s immediate experiences for many of the world’s populations. Yet, storytelling provides the medium to get people to care through emphasizing the interconnectedness between humans, their livelihoods, culture, and nature. I left the room feeling profoundly inspired. 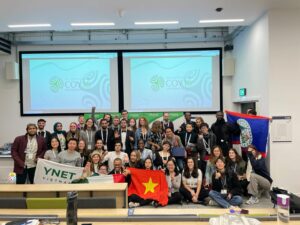 When it was my turn to represent the World Ocean Day Advisory Council to speak at the ‘Climate change and water resource management for Ocean Conservation’ workshop, I drew on the theme of interconnection to share my thoughts on the need for interdisciplinary efforts to conserve our ocean. In particular, I talked about the ArcGIS story map I produced with a team of students at Imperial College London about the dead zones in the Gulf of Mexico (click here to see ArcGIS story map about Ocean Dead Zones). I sought to highlight the need to tackle the issue of eutrophication at the policy-science interface. Science could provide the required data needed to monitor nutrient-discharge, whilst policy could help regulate excessive chemical fertilizer discharge. Be it in the coastal waters of the Gulf of Mexico, or deep in the heart of the Brazilian Amazon, a critical recognition of the complexity and interconnectedness of the natural and human worlds is required if we are to sufficiently address issues facing the future. Recognizing the interconnections between us and natural systems, but also within us as youth, Indigenous communities, and more, is the first step. 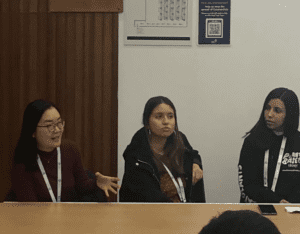