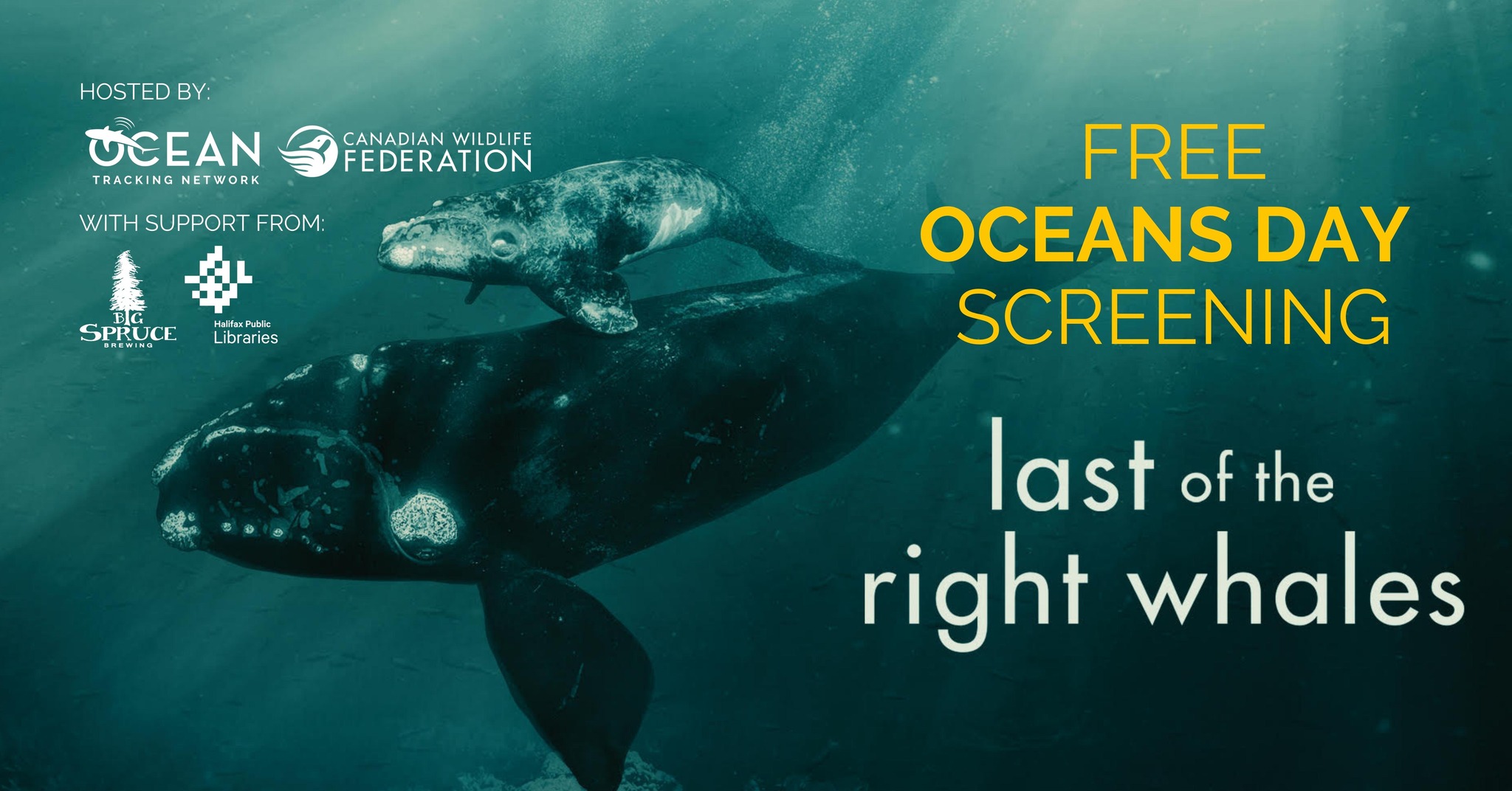 In honour of World Oceans Day, the Ocean Tracking Network and the Canadian Wildlife Federation invite you to a free screening of Hit Play Productions’ award-winning documentary, Last of the Right Whales.
North Atlantic right whales are one of the most endangered cetaceans in the world.
These slow-moving giants face dire threats from ship strikes and entanglements, and with fewer than 350 North Atlantic right whales remaining, it’s estimated that they could become extinct in as little as 20 years without adequate protection.
Last of the Right Whales tells the story of a passionate group of people – a wildlife photographer, a marine biologist, a whale rescuer and a crab fisher – united in their cause to save the critically endangered North Atlantic right whale.
The film will play on June 8 from 6:00 – 8:00 p.m. at Halifax Central Library, and will include a Q&A period with a panel of experts who will answer audience questions about the film, and about what the future may hold for right whales.
Watch the trailer (https://www.youtube.com/watch?v=uxFcNF1Wj5Q) and come witness these magnificent creatures on the big screen.
Seats are available on a first come, first served basis. This film is rated PG. Learn more here

Contact Name
Maggie Sutherland
Contact Email Address
maggie.sutherland@dal.ca
Affiliation: Name of the organization, school, or business associated with the event
Ocean Tracking Network
Country
Canada
Is your event or activity (check of all that apply)
Taking place in person, Open to the public
Full address (used to place your event on the map. For virtual events, write "virtual")
5440 Spring Garden Road, Halifax, N.S.
Name of venue (if applicable)
Halifax Central Library
Image source (provide a name or source to be credited when photo is used)
Ocean Tracking Network